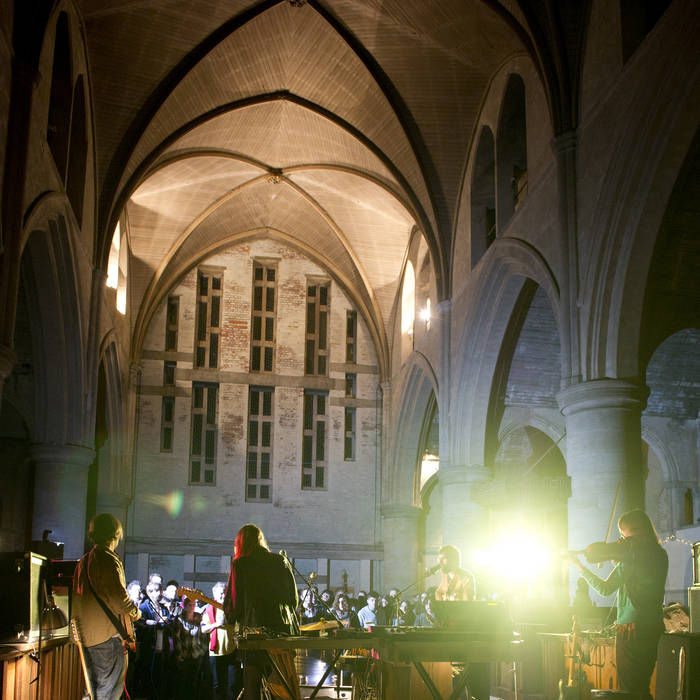 Joined by members of Sky Larkin, Vessels, & Invisible Cities, Jeff T. Smith (a.k.a. Juffage) took to the stage of Left Bank Leeds on April 26, 2013, to debut a one-off set of entirely new material. This release celebrates the one-year anniversary of the cauldron's existence.

Originally an ambisonic work, members of the audience were encircled in a plethora of loudspeakers, boomboxes, and guitar amps. The distribution of live sound was governed by a Max/MSP patch built by Jeff, thereby assembling the "sonic cauldron" in real time. Here, for your everyday listening convenience, is a stereo version of the first two tracks from the concert, "Bury" and "Last Few True".

Juffage is Jeff T. Smith, a sound artist and multi-instrumentalist from Leeds UK, via Chicago, Illinois.

His debut album ‘Semicircle’ received widespread critical acclaim from the likes of the Guardian, NME, Loud & Quiet, Artrocker, and Drowned in Sound.

Bandcamp Daily  your guide to the world of Bandcamp

Cannibal Corpse's George "Corpsegrinder" Fisher stops by for an interview